The LED light started to glow a bright red like the eye of the Terminator robot.

Next, the fans started up and were so loud that we couldn’t talk over them.

Then the hard drive spun up and made clicking noises.

We were officially in business.

Everything was in place for our first web server. I remember that day very vividly. It seems like it was like yesterday. Though that was over twenty years ago.

When I started with my friend Rob in 1997, things were much different than they are today. There was no such thing as a cloud provider or a virtual private server.

To start a web hosting business, you had to do it the old-fashioned way: You had to BUILD IT.

You actually had to buy hardware and install it in a data center. Back then, we started with one lone server that we housed at an ISP called Intercom in downtown NYC. (Interestingly enough, Intercom doesn’t exist anymore, but its domain has been taken over by a very popular internet marketing service.)

Mind you, this server wasn’t some snazzy Dell rack-mounted server, but a hand-assembled tower computer that Rob and I built. We put all of our eggs in one basket with that lone server.

If it had crashed, our entire business would have gone down. However, it was all we could afford.

And crash it did a few times during the first months.

As you can imagine, it was quite nerve-racking and stressful. It was my first real venture into business, and I was determined to make it work. No matter what! I was determined we would not fail.

I knew it was possible at least to start doing this part-time while still working full-time.

Back then, I was working for Nomura Securities, also in downtown NYC, at the World Financial Center. So if we ever needed to get to a server and make a repair, I was close by.

I remember the cost to co-locate this one server was around $850 per month. That was a lot of money for Rob and me.

I had to hustle at least to cover that cost.

During my lunch breaks, I would sneak outside the office. I would take client support phone calls and call web hosting leads on my newly minted cell phone.

One of my co-workers suspected something was happening, but I never let on.

I was driven and wasn’t about to give up.

There wasn’t a massive rush of new customers, either.

I was overjoyed. Even though this wasn’t a lot of money, I felt like we were at least moving in the right direction.

I remember at some point we had enough coming in that each of us could get some sort of salary. It wasn’t much, but it was a start.

However, I knew it wasn’t enough to support Rob and myself. I eventually left Nomura for the hot internet startup Commerce One back in 1998.

So I put my entrepreneur endeavors on the back burner while I ventured off to this new company.

Like many dot-com companies of that era, Commerce One was poised to go public. However, it wasn’t based on any rational metrics.

I knew something was amiss.

Commerce One was valued at $6 billion, yet we did at the time only $30k total in transactions. Huh?! It made no sense whatsoever! The stock market was hot at the time. I knew I could stand to make a lot of money from Commerce One’s IPO, but I was miserable.

I was traveling every week to a different location around the world. I had no social or dating life to speak of. I also knew the dot-com bubble couldn’t go on forever and was looking to do my own thing.

"Everything in nature has a beginning, a middle and an end. Businesses are no different."Click To Tweet

Just before Commerce One was about to go public, Rob and I were approached by one of our web hosting customers. They were interested in partnering with us. Rob wasn’t interested in leaving his job, but I knew this could be my big chance to go full-time. Rob and I decided to part ways (but we’ve remained good friends). I brought on two other business partners, which allowed me to go full-time.

Although I knew things weren’t adding up at Commerce One, I was nervous about heading up my own business. I had stupid questions going around in my head: “This company is about to go public; why are you leaving now?” and “What if you fail?”

In hindsight, I would have done better financially if I had stayed with Commerce One. They offered to double my stock options if I stayed. I resigned again thirty days after my first notice.

But it allowed me to build my entrepreneurial skills.

Ironically, one partner joked being in business with others is like being married… without the sex!

He wasn’t kidding either.

My partners didn’t have a clue and were more focused on their existing business. So in 2002, I decided to yet again partner up with another individual.

That really didn’t go anywhere, and by 2005, I was completely on my own.

During my solo tenure, I automated and optimized the business much more than I had previously. I grew it to the point where I had multiple cabinets of hardware in multiple data centers. It was much more profitable and ran it better than a Swiss watch.

I was able to get new sales to come in, but as in the beginning, it was never easy.

Little did I know when I first started that web hosting is such a commodity. There’s always someone else charging less for the same service, and it can be very hard to charge rates that let you see a decent profit margin.

In addition, the hours are long and sometimes outright stressful. I had little life outside my business because of the 24/7 nature of customer service and the occasional failed hardware.

In December 2009, I was stressed out, burnt out and looking to do something else. I knew with the emergence of cloud providers such as Amazon coming down the pike that things soon would look much different.

At the time, I hosted some big-name customers that included Comedy Central, Thought Catalog, GM and Nielson.

I got to thinking, “Why can’t I develop a site for myself and generate revenue from the visitors?!”

I’d seen the success of Thought Catalog on a firsthand basis.

At the time, I was doing OK financially and had all my ducks in a row.

And deciding what sort of site to create was no challenge at all.

I had been looking for a website that spoke to me about investing at my level of experience. Money magazine, Dave Ramsey, and Suze Orman weren’t cutting it — I was way more advanced than that. I couldn’t find a site that fit my needs.

So I figured I would create one myself and named it Investor Junkie. After all, my firsthand experience allowed me to talk about personal finance and investing with a level of authority. Plus, I figured I could use the site to showcase the technology I used to develop and maintain it.

I also thought it could be used as a selling point for my web hosting and development business. My thinking was I would monetize the site via affiliate marketing. I saw a few other websites doing quite well with this.

To rewind just a bit, in 2008 the website Bankaholic sold for $15 million to Bankrate. It had been a one-man show, and the owner had made money only with affiliate links. I thought, “Why can’t I do that too?”

This little skunkworks operation, Investor Junkie, turned into a business unto itself after two years.

It started generating more revenue and was much more profitable than my original web hosting business.

Fast-forward to July 2018. Investor Junkie was sold for $6 million.

I’m now at a point with both money and age where I realize that time is a limited resource.

I must do what I enjoy doing. I know my heart isn’t into web hosting anymore. I’ve lost that passion I once had.

I’ve decided to shut down that business and move onto something new. Everything in nature has a beginning, a middle and an end. Businesses are no different.

I’m at a fork in the road and ready to take on some new challenges.

"Building a business is the adult version of Lego."Click To Tweet

I was never the type to rest on my laurels. Even though I don’t have to work again, I have that entrepreneurial itch to scratch.

To me, building a business is the adult version of Lego.

I realize in my story I glossed over quite a bit of detail.

While putting together Investor Junkie, I expanded my skills and knowledge into internet marketing, copywriting, SEO, paid ads and affiliate marketing.

I’ll reveal on this web site what I learned and more importantly, the strategies used.

You can join me on my next adventure here.

I want to help fellow business owners since I’ve seen so many struggle in this area.

I understand we entrepreneurs think differently but need help from other like-minded individuals.

From my more than 20 years of owning an online business, I think I can help fellow business owners like yourself.

I have many things in store, and the best is yet to come.

Let’s grow our businesses together! 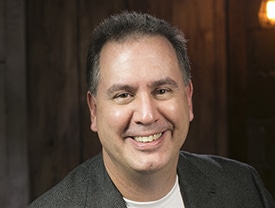 "Larry is the BEST...He is extremely patient and generous with his time and an awesome teacher. Whether it's technology or web development or business - Larry is a true guru all around." – Elizabeth Shutty

Ludwig Media has advertising relationships with some of the offers listed on this website. Ludwig Media does attempt to take a reasonable and good faith approach to maintaining objectivity towards providing referrals that are in the best interest of readers. Ludwig Media strives to keep its information accurate and up to date. The information on Ludwig Media could be different from what you find when visiting a third-party website. All products are presented without warranty. For more information, please read our full disclaimer.